IRS Woes? Or just hoping to avoid them?

You’ve come to the right place. If you’re a U.S. citizen or Green Card holder, living outside the United States, chances are you’ve had difficulty understanding how U.S. tax rules operate and how they might apply to your situation.

You’ve also likely had concerns about your compliance with U.S. tax law at some point. Your fears are not unwarranted. The IRS imposes tough, and sometimes unbending, penalties on those who aren’t compliant and falling out of compliance is remarkably easy – even when you think you’re taking all the right steps. For those who don’t know what to do or choose to ignore reality, penalties are equally high.

There is no shortage of situations where a bad decision led to negative consequences and unnecessary expenses for taxpayers. And this includes situations outside the taxpayer’s competence, as well as simply doing nothing, or ignoring the issue. So in protecting yourself, finding a qualified U.S. tax professional with adequate cross-border tax expertise and experience is a great place to start! How to choose a qualified U.S. tax advisor.

That’s where we come in. Knowing the facts, and how to safely and efficiently navigate the system, can make the difference between making the right or wrong choice, compliance and non-compliance… and some hefty penalties. Alexey Manasuev, LL. M. (Int’l Tax), NYU, specializes in U.S. tax law. And with over 14 years’ experience practicing in this field, he’s seen some precarious situations – and come to the rescue of many clients.

Alexey’s clients can also benefit from attorney-client privilege, a particular advantage to those who find themselves non-compliant and financially exposed and who want to understand their options before committing to certain procedural alternatives that may be available to them to resolve their tax issues. 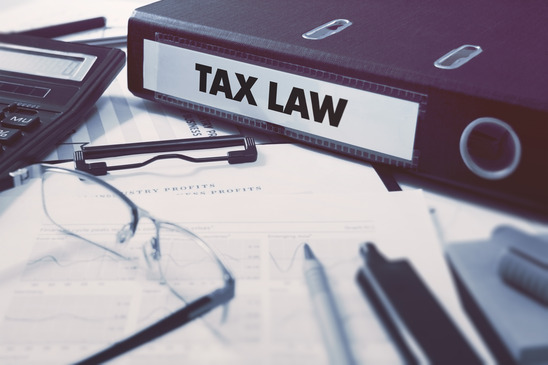 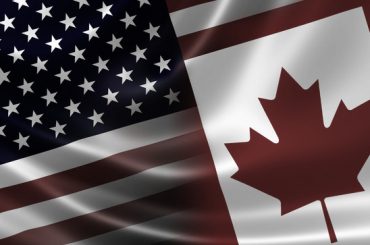 “Risk comes from not knowing what you’re doing.” Warren Buffett

Retaining the services of an expert in U.S. tax law isn’t a frivolous move. Take the situation a small business owner and client, found himself in recently. Eager to save some money on U.S. tax advice, and believing that the U.S. tax system is similar to Canada, he retained the services of a Canadian accountant to file his U.S. taxes.

It is common, at least in Canada, for some Canadian tax accountants to do U.S. tax work. This well-meaning professional used his Canadian tax expertise, and his previous experience of preparing and filing U.S. tax returns. He then advised the client that no tax return was required – after all, the client was losing money, not making it, and there was “nothing” to report. The Canadian tax accountant also missed a few important IRS filings that had to be done for the client, given certain transactions the client’s U.S. subsidiary had with its Canadian parent company. Having received the advice, the client went about his business, only to find out later that he was non-compliant.

The IRS levied stiff penalties amounting to tens of thousands of dollars. The client was “advised” of the penalties by the IRS, via a penalty assessment notice – imagine the shock, when he believed himself to be compliant! Even worse, the client tried to resolve the problem himself! For more than a year, the client has been corresponding with the IRS, and, unknown to him, this has significantly limited options available to him to resolve his problems. Usually, self-help in these circumstances is not the best way to go. Fortunately, Alexey Manasuev was able to help.

“Staying abreast of changes in U.S. tax law is, in itself, a full-time job. Working exclusively in this field, I have my finger on the pulse of IRS policy and tax developments daily, so I can provide clients with the best advice, in real time. This means that clients are informed and compliant, and their risk of financial exposure is mitigated.” Alexey Manasuev

Compliance is No Longer an Option

According to Forbes.com, no group is more severely impacted than U.S. persons living abroad. U.S. persons, in this sense, not only include U.S. citizens or green card holders, but anyone who is treated as a U.S. resident for U.S. federal income tax purposes, a determination which may not be the easiest, or most self-evident one, to make.

For those living and working in foreign countries, it is almost a given that they must report and pay tax where they live. But they also continue to be required to file tax returns in the United States – one of only three countries in the world that taxes its citizens and residents on a worldwide basis. What’s more, U.S. reporting is based on U.S. persons’ worldwide income, even though they are paying taxes in the country in which they live.

[ii] And of note for those in Canada, in February, 2014, Canada and the U.S. signed a Model I Intergovernmental Agreement (“IGA”) under Foreign Account Tax Compliance Act (“FATCA”) to ensure that they work jointly to prevent tax evasion by significantly enhancing their information exchange and collection efforts,[iii] making voluntary compliance a smart move for everyone.

“Thanks to Alexey Manasuev’s knowledge and expertise, I don’t need to worry about IRS chasing me down. Alexey reviewed my situation and proposed a course of action that ultimately resulted in full penalty abatement. Thanks to his expertise, I retained my solvency… and can sleep at night again. I’m so glad I got connected with Alexey and highly recommend that any US citizen living abroad seeks his advice before they have a problem, to ensure they’re on the right track.”

-T.B., US citizen and small business owner living in Canada

“As a US Green Card holder living in Canada, I had no idea of the tax implications of owning property within the United States, or the scope of my fiscal exposure. Alexey Manasuev provided the knowledge and expertise I needed to protect my assets, and my family. Armed with new information, and with Alexey’s expertise behind me, I know I’m compliant – and protected.”

-A.B., a US Green Card holder living in Canada.

Tax compliance could be likened to taking your meds as prescribed – it’s a lot easier to prevent a problem before it occurs, than to correct it later. If you’re a U.S. citizen or Green Card holder living in Canada, protect yourself with sound advice and peace-of-mind. Contact us to reserve your consultation today – we can help!